Why and How to Own and Market Your IoT Vertical

Why and How to Own and Market Your IoT Vertical

It's been more than twenty years since Al Ries and Jack Trout published their marketing classic The 22 Immutable Laws of Marketing, and those laws remain evergreen in the marketing industry. You're probably even familiar with many of those laws, which are based around the concept of your brand "owning" a particular category -- and if you're not (and especially if you're in marketing), you should be.

The best way to own a particular category, of course, is to be first -- though it's not very often that brands or companies have an opportunity to be first in a category. If you can't be first into a brand category, you're left with two alternatives: Be the best, or create a new category in which your company can be first.

Creating a new category is difficult, but if your company has offerings or brands based on the Internet of Things (IoT) you should seriously consider instructing your connected car to put the pedal to the metal in your marketing -- because there's no better time for you to position yourself as first in your IoT category.

That's because, despite all of the buzz and hype that are flying around about the Internet of Things, IoT is still a relative newcomer to many verticals.

Consider the following two graphs, both from Projecting the Growth and Economic Impact of the Internet of Things, a briefing paper published by George Mason University: 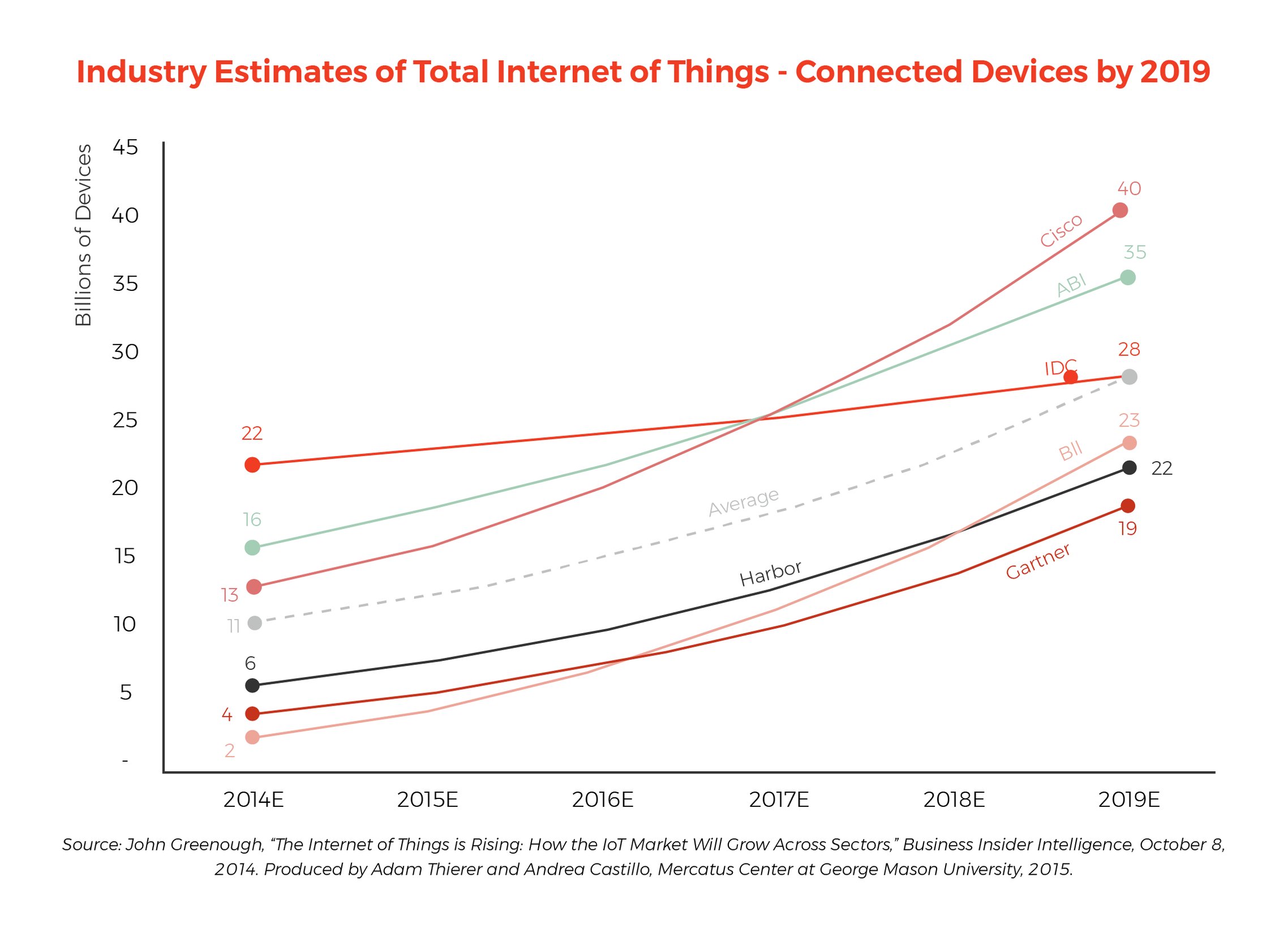 I don't think anyone will be surprised that every analyst in existence expects IoT connected devices to curve steadily upward for the rest of this decade. Now check this out: 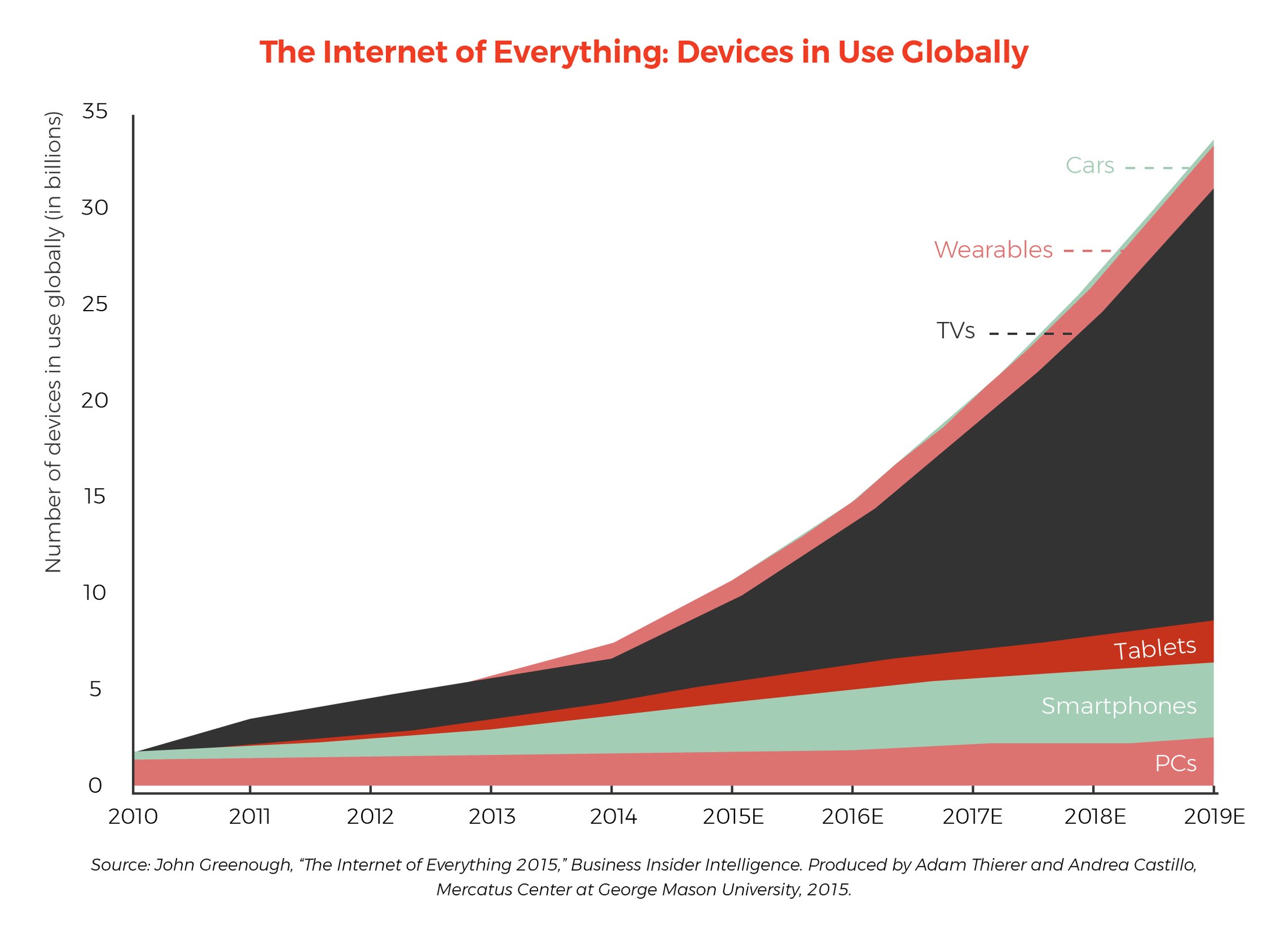 What's most striking to me about this graph is that the vast majority of the growth in IoT is going to come in devices that aren't phones, tablets, computers, wearables or cars. That means if you're selling any of thousands of other IoT devices -- remote mapping tools, HVAC sensors, resource extraction devices, you name it -- you are poised to see huge growth that is not yet fully realized.

Have a look at this graph, from "9 Graphs on How Businesses are Using the Internet of Things": 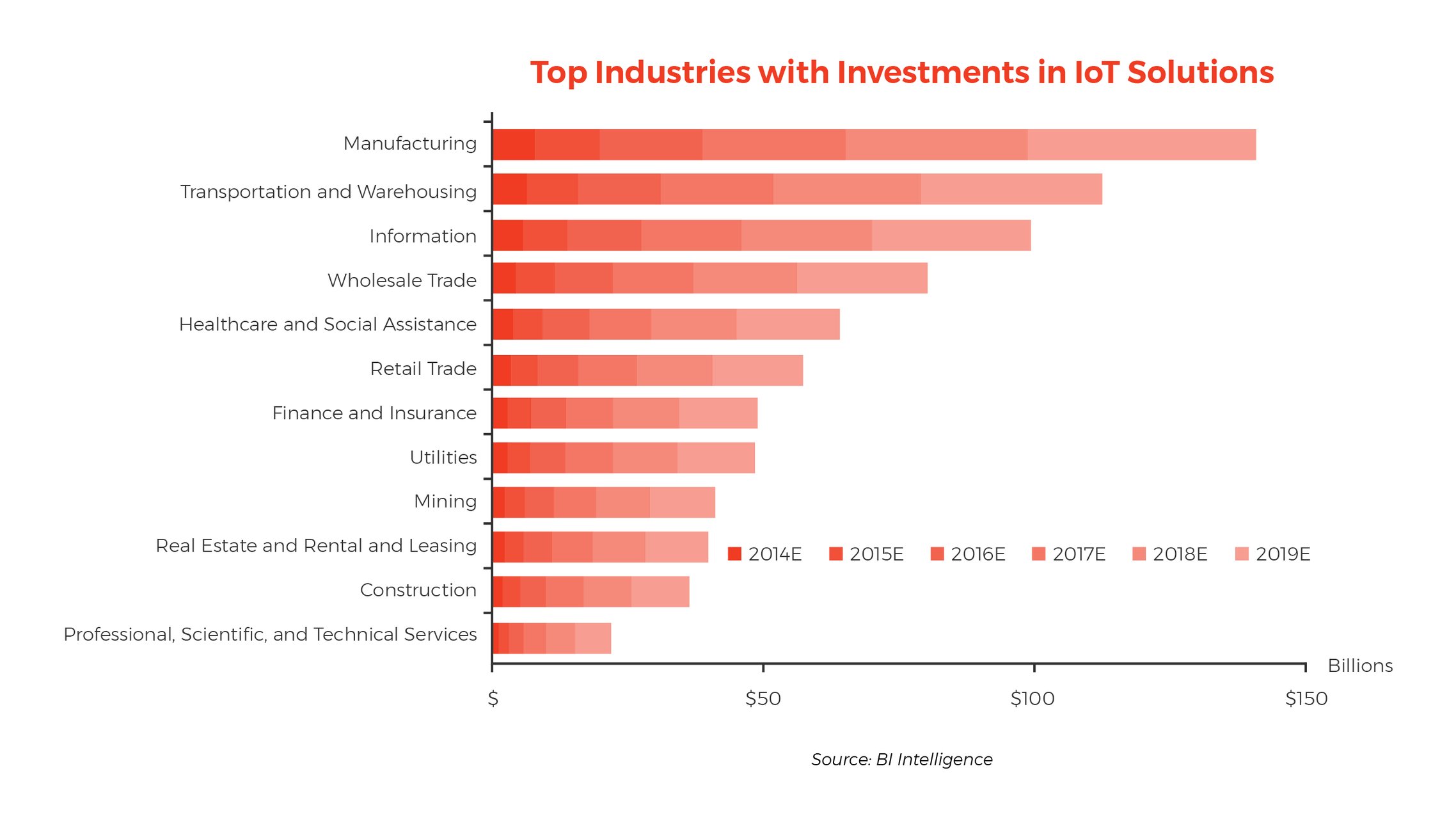 Study that for a second, and then compare the investment dollars over time versus the increase in connected IoT devices over time from the previous graph. It might strike you at first that the manufacturing and  transportation sectors are a great bet.

What I'm suggesting, however, is that you look more at the bottom of this list -- at the utility, mining, rental, and construction sectors -- as being industries for which you can more easily create an IoT, connected device category into which you can be first with marketing, first with brand awareness, and first in the minds of prospective clients.

On a final note, I would also suggest that you have a sense of urgency as you move to create your IoT marketing strategies and plans. The curve of industries realizing just how much money they can save and make through leveraging the IoT is also increasing, which means even the industries that currently have low uptake are going to be increasingly difficult to own in terms of marketing categories. And even though Will Ferrell might have been indulging in a little comic hyperbole in Talladega Nights (right, as if he's ever done that before), I'm going to indulge in the same exaggeration to make my point: "If you ain't first, you're last."

Curious about where to begin or what best practices are with all of this internet marketing stuff? You're not alone. For a free, high-level primer on how to use internet marketing for your technology-focused company, click this big blue button: